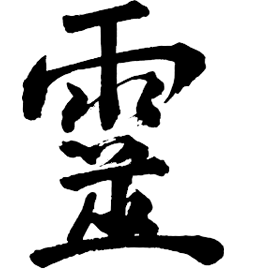 Reiki has a long history of use in Eastern medicine but many people in the western world have doubts over its effectiveness. There have been numerous studies conducted investigating the effects Reiki can have as a treatment for various ailments.

The National Center for Biotechnology Information has conducted several studies into how Reiki can be used for pain relief and reducing anxiety and fatigue.

The Pain Management Nursing Organization conducted a study in 2015 where women were given Reiki sessions for 2 days once a day (in the first 24 and 48 hours) following cesarean delivery. Researchers found that Reiki significantly reduced the women’s pain, anxiety, and breathing rate. The need for and number of analgesic pain killers was also reduced.

A study published in Research in Gerontological Nursing in 2010 evaluated the effect of Reiki as an alternative and complementary approach to treating older adults who experienced pain, depression, and/or anxiety. Participants were randomly assigned to either an experimental or control group. Significant differences were observed between the experimental and treatment groups on measures of pain, depression, and anxiety. The older adults who received Reiki experienced an increase in their curiosity, levels of self-care, and desire to learn new things.

Stress has been called America’s #1 health problem. Medical research has shown that continual stress can block the body's natural ability to protect, repair, and regenerate itself. The American Institute of Stress estimates that 75%-95% of all visits to doctors are the results of reaction to stress. The effects of unreleased stress range from minor aches to major health concerns, including digestive disorders, heart disease, respiratory and skin problems.

A small 2016 study found that Reiki improved the quality of life for women with cancer. Women who had Reiki showed improved sleep, reduced depression and improved self-confidence. Researchers also found the women experienced a sense of inner calm and peace.